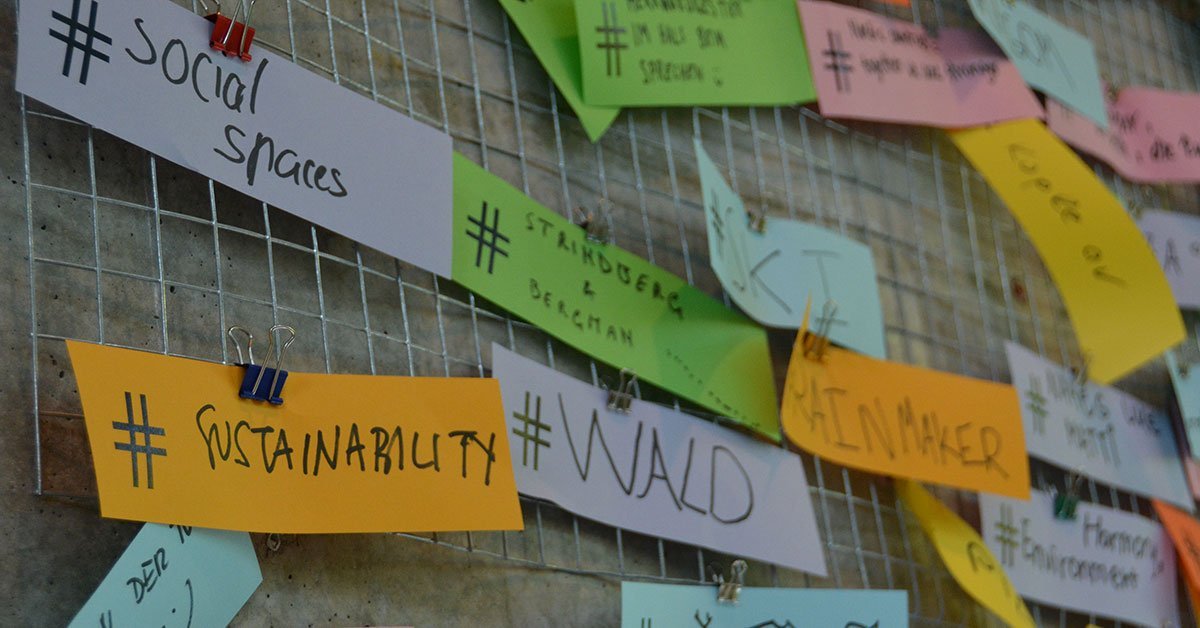 Throughout the world, there is growing awareness that a massive change will need to take place to decrease the disastrous impact we have on both the environment and society due to the unsustainable way we conduct business. This has led to the persuasive principles of sustainable development (SD), the concept of satisfying the needs of current generations without threatening those of future generations.1

Linda’s artwork reflects on sustainable development in our COVID-19 response.

Sustainable development incorporates three interconnecting pillars, or spheres, comprising of economic, social, and environmental sustainability. These spheres can’t be seen as separate, as each part influences another and without balance, the system will crumble.

It is no surprise that business and the economy is often faulted as they make progress because they have frequently left behind environmental sustainability. Entrepreneurship has always been seen as an important driving force of economic and societal evolution; however, many people believe that we can approach entrepreneurship with SD fundamentals. We now have the means to grow the roots of a budding model of sustainable entrepreneurship.2

Numerous people support the idea that entrepreneurship can be the remedy for plenty of societal and environmental issues through a model that encompasses environmental activism, corporate social responsibility, and proper regulation.2 However, despite its recognition, there are large gaps in what people know about how effective sustainable entrepreneurship will be in developing countries at this point in time.2

Entrepreneurship has traditionally been viewed as holding a pivotal role in job creation, innovation, market competition, and various other activities that influence the economy and, then hopefully, society. Yet, there are some differences in the impact entrepreneurship has on the economies of high-income countries and middle/low-income countries.3 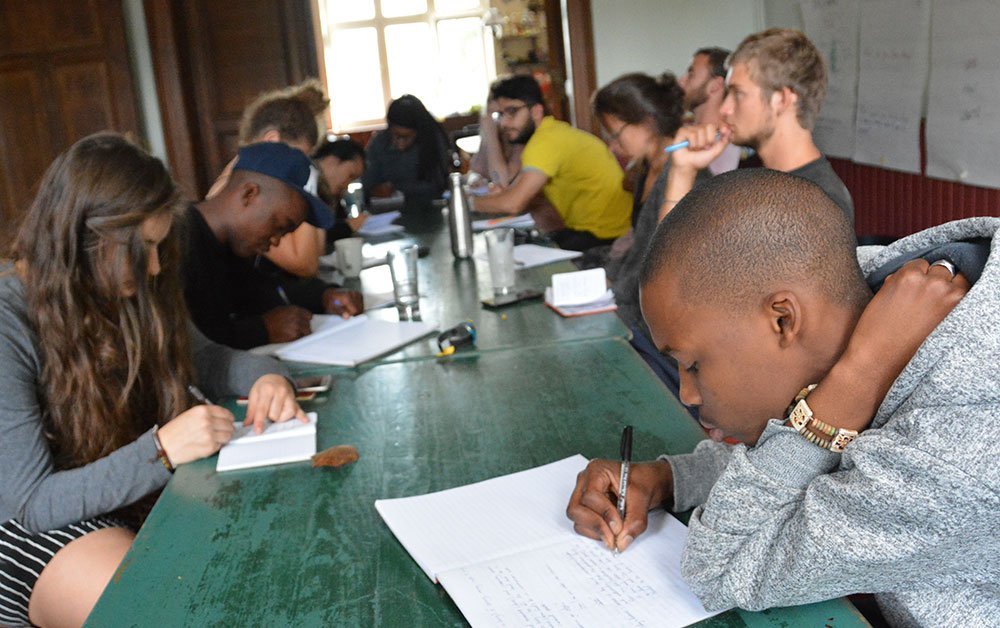 Participants from the project YoUbuntu reflect on their dreams, aspirations, talents and entrepreneurial opportunities.

Being a middle-income country, South Africa tends to border on the lower end of entrepreneurial attitude. In fact, according to the Global Entrepreneurship Monitor (GEM), we have one of the most challenging entrepreneurial ecosystems. 4 The challenges that entrepreneurs in South Africa face include how small businesses are over-regulated, the high costs of data and internet, and the unequal dual education system. 1 In 2019, just under 12% of people intended to start a business within three years, while almost 50% of people who had perceived good opportunities would not set up a business due to the fear of failure. 1 Within good reason, as more businesses in South Africa are being sold or permanently closed than are continuing. 1

With those thoughts in mind, who would want to start a business in this kind of climate? Who could fathom the idea of not only trying to make an entrepreneurial endeavour economically and socially sustainable but environmentally sustainable as well? Perhaps the answer lies in incorporating all three spheres of sustainability.
We often presume that money, ideas, and assets are the most important elements needed to become an entrepreneur, but it appears that the intangible factors of entrepreneurial attitudes play a strong role, too.

Amava has been fortunate enough to find a group of youths who are excited to participate in our Youth Entrepreneurship Program Pollinating Pride in People where they can engage with the components that influence entrepreneurial attitude. Our projects enable the members to learn printmaking skills while allowing current talents and potential to flourish. The aim is not to focus on employability but on the contribution to personal growth, self-realisation and to the conscious choice of what to do with one’s future and talents. This requires the ability to know one’s strengths and weaknesses, to perceive challenges as learning opportunities, to communicate well with oneself and others as well as to take initiative to progress. Through mentorship and collaboration with the Centre for Entrepreneurship, the participants have been given training in small businesses, started to create networks, and connect with the nature around them so that they can embark on a journey of sustainable start-ups. 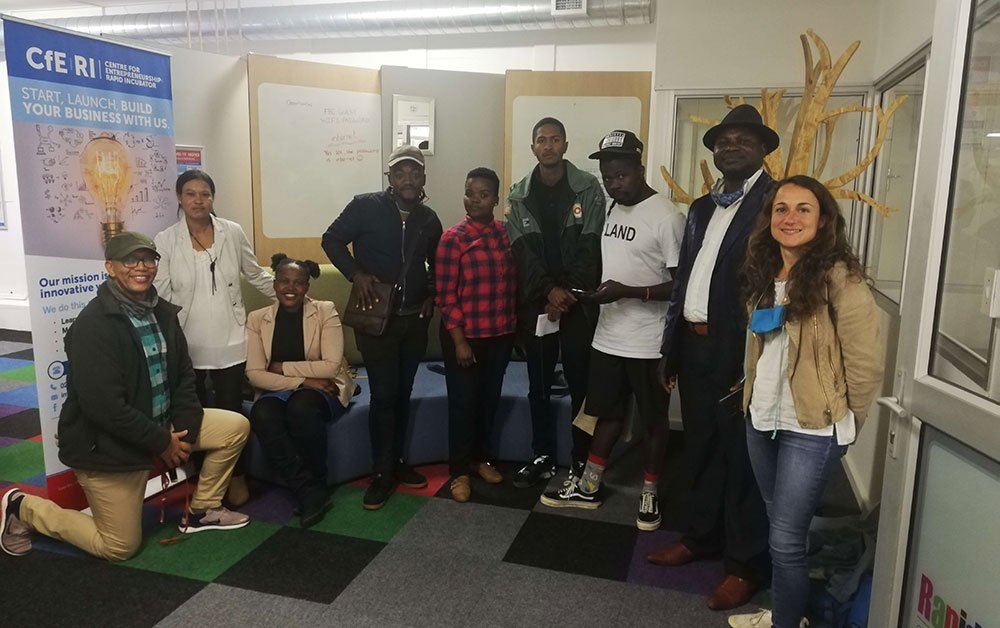 As said by entrepreneur and environmentalist Paul Hawken, “We have the capacity to create a remarkably different economy: one that can restore ecosystems and protect the environment while bringing forth innovation, prosperity, meaningful work, and true security.” We all have this capacity, not just entrepreneurs and business owners. By supporting local and environmentally conscious business, especially now, we have the ability to transform entrepreneurship to be more sustainable.

After earning her Postgrad in Public Health, Joanne was thrilled to join Amava Oluntu as a Public Health intern to explore her passion for health and social equality. 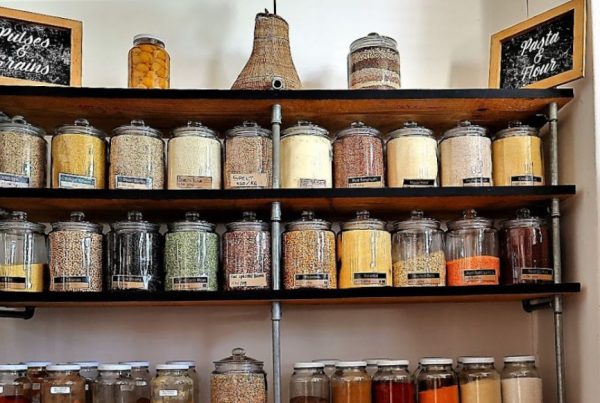 A Conscious Community, a Green Planet 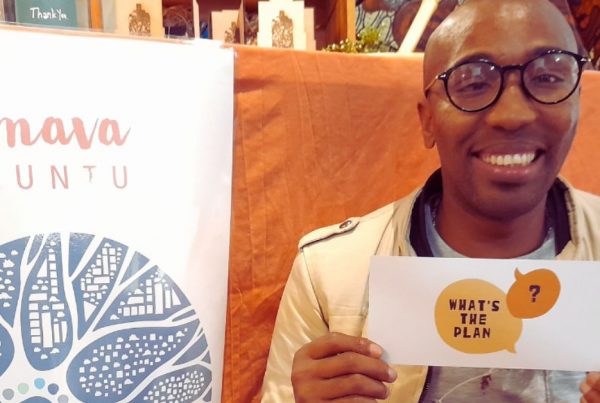 From Prison to Pride 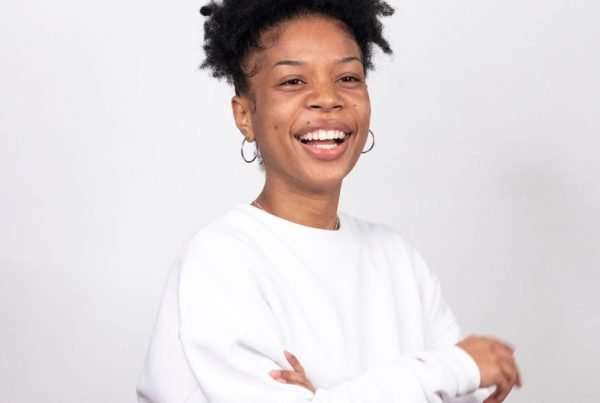